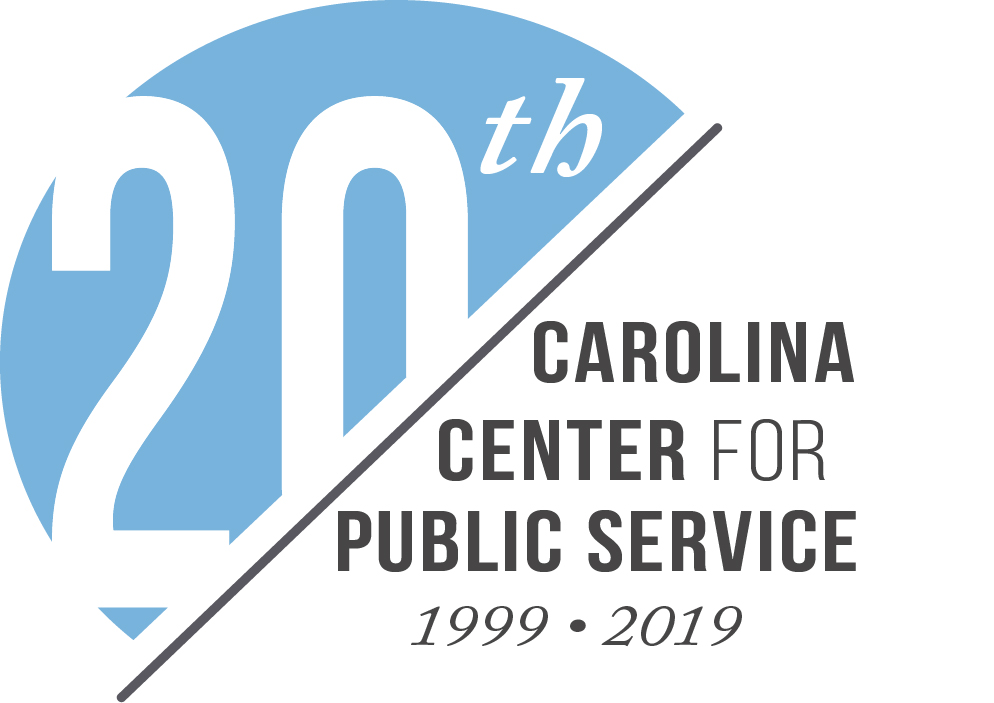 As the nation’s first public university, the University of North Carolina at Chapel Hill exists to serve North Carolina, the United States and the world through teaching, research and public service. The Carolina Center for Public Service (CCPS) strengthens the University’s public service commitment by promoting scholarship and service that are responsive to the concerns of the state and contribute to the common good.

Over the last 20 years, CCPS has established its own signature programs while also working as a pan-university center to promote public service and engagement throughout the Carolina community. In 2009, APPLES Service-Learning officially became a program of CCPS, bringing together two organizations rooted in the connection between public service and scholarship. Throughout the 2019-2020 academic year, CCPS is celebrating not only the 20th anniversary of the Center but also the 30th anniversary of the APPLES Service-Learning program.

Keep scrolling to learn more about our rich history of connecting Carolina and communities. Follow along online as we celebrate our living legacy using the hashtags #CCPS20 and #APPLES30! 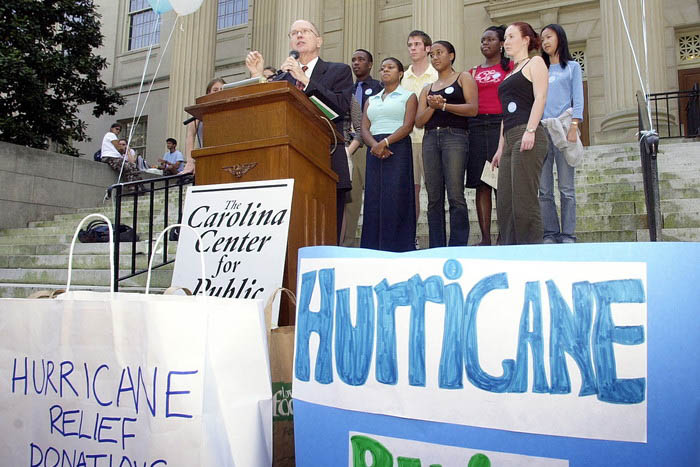 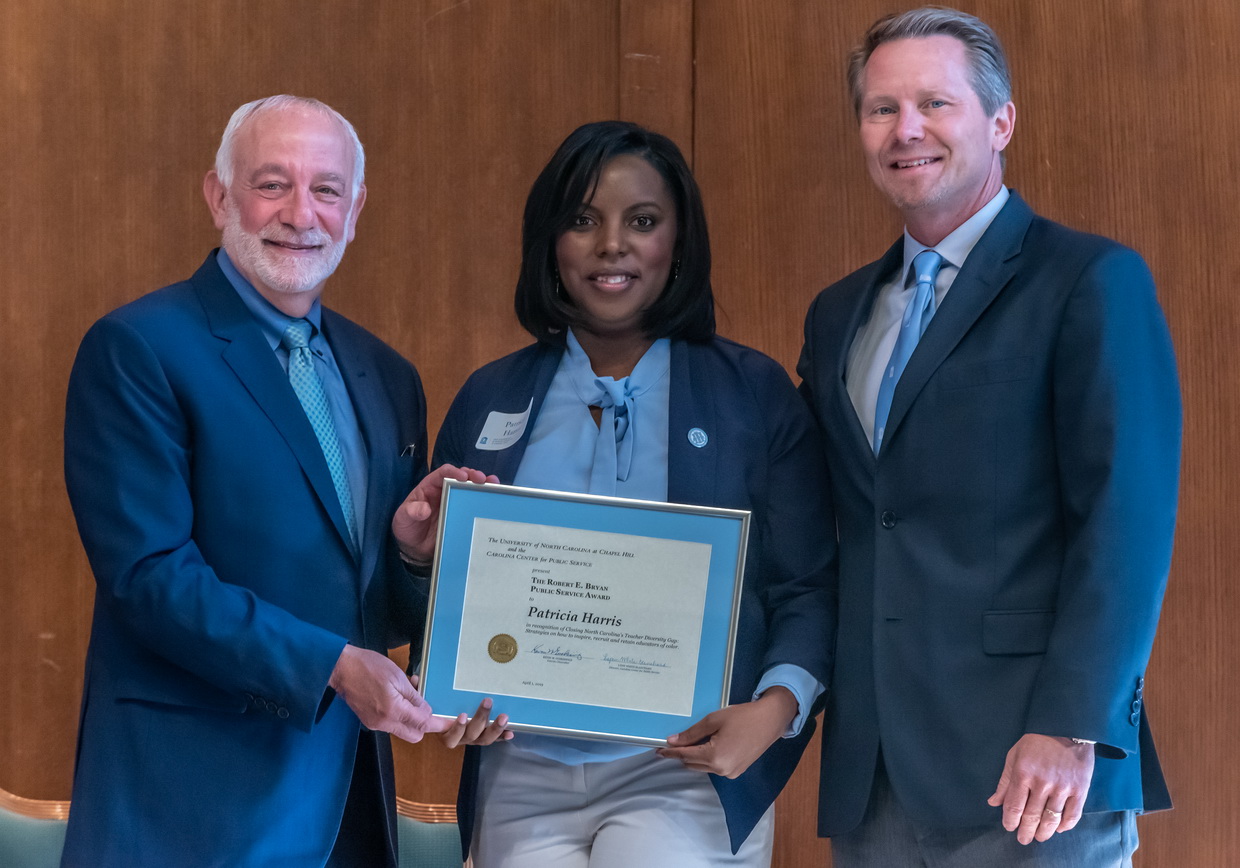 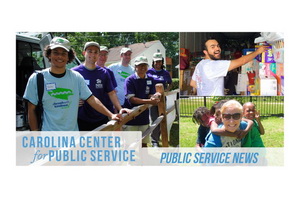 
The Buckley Public Service Scholars program provides Carolina undergraduates with a framework for strengthening their personal commitment to public service. BPSS challenges participants to expand their understanding of service, connect academic and community-based experiences and build their capacity to help effect change. In the past 16 years, 10,492 students have participated in BPSS, contributing 2.2 million hours of service addressing a multitude of issues ranging from disaster relief and recovery to access to healthy food and nutritional education. 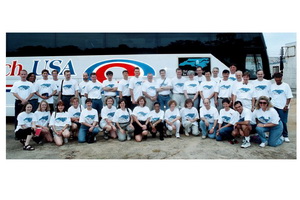 Philanthropy project began, now the Philanthropy
as a Tool for Social Change course 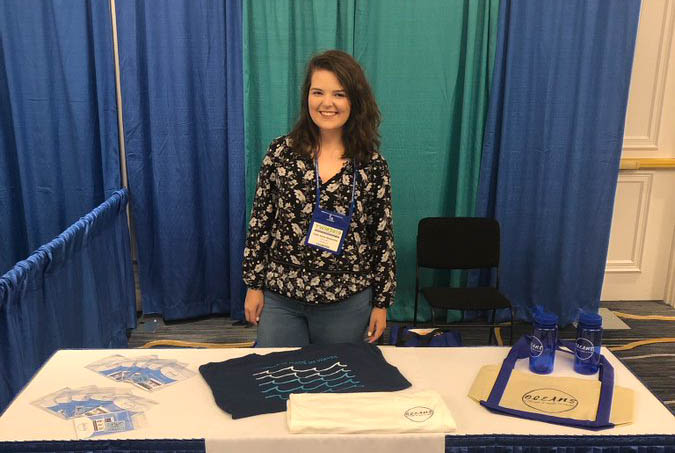 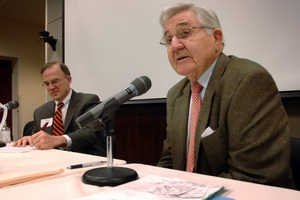 
Launched as the Faculty Engaged Scholars program in 2008, and in 2013 an anonymous donor endowed the program in honor of former UNC-Chapel Hill Chancellor Holden Thorp. Thorp Faculty Engaged Scholars receive funding and other resources to advance their research and community-engaged scholarship. Since 2007, 63 faculty members representing 28 departments from 12 of Carolina’s 13 schools have participated in the program. To get to know just one Thorp Faculty Engaged Scholar: UNC School of Nursing’s Jada Brooks is partnering with the Lumbee Tribe and Public Schools of Robeson County to engage preadolescents in a culturally tailored intertribal talking circle. Brooks designed this program to address priorities and needs identified by the tribal community.

APPLES Service-Learning
became a program
at the Center


APPLES Service-Learning, which is celebrating its 30th anniversary in spring 2020, connects academic learning with engaged service through a variety of programs. One of those is “alternative breaks,” where undergraduate students give up their spring, fall and winter breaks to give back across the state. Each trip is focused on a social issue—such as violence prevention or refugee assistance—so students gain awareness while providing direct service to communities in need. To date, 34,387 undergraduate students have participated in APPLES programming, taken 1,372 service-learning courses and committed more than 1.3 million hours to service-learning. 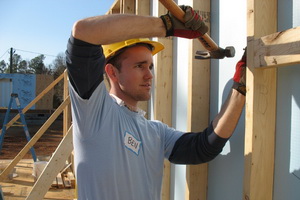 
CCPS has made the Community Service Honor Roll every year between 2008 and 2017! 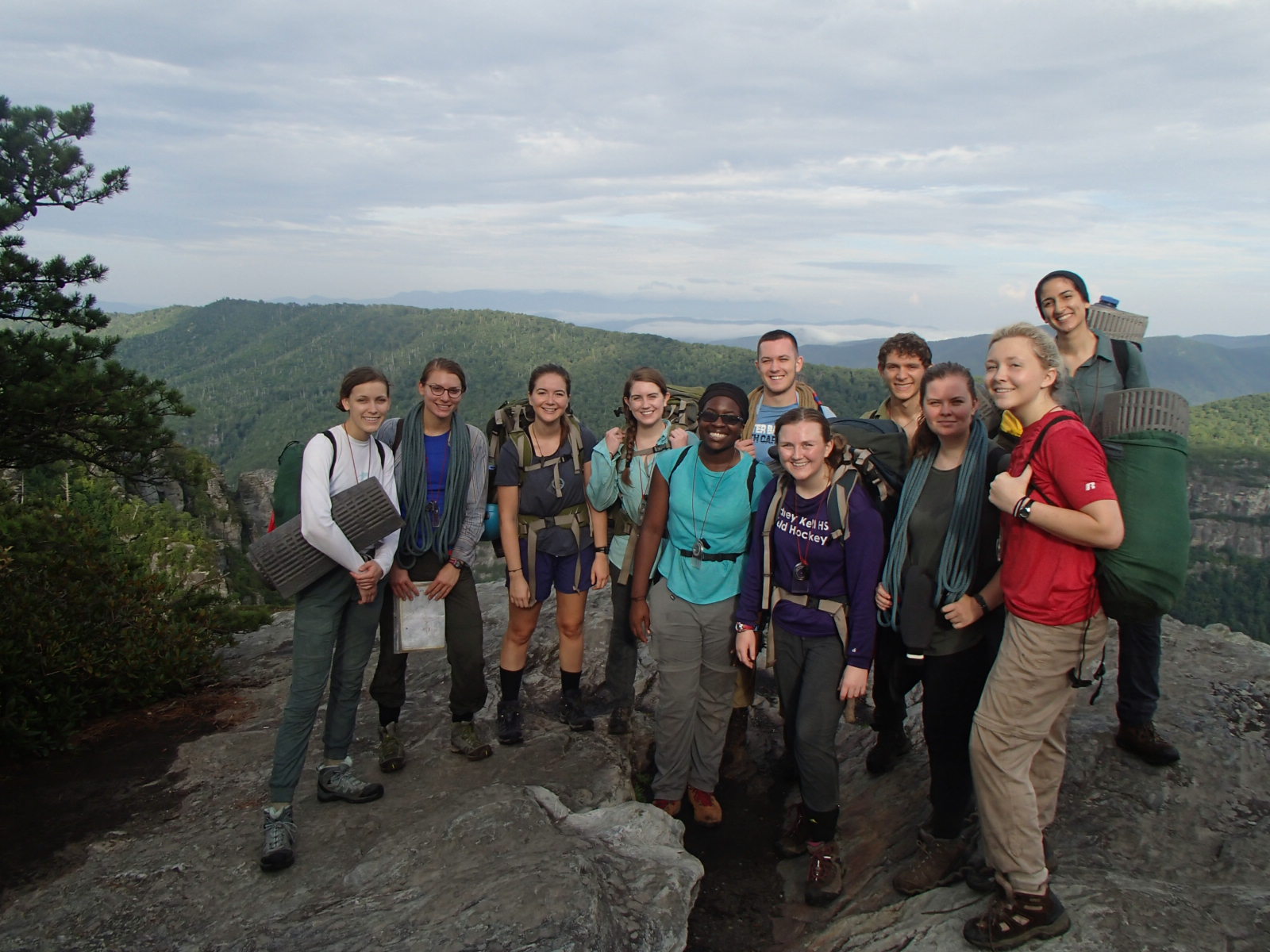 
CCPS has offered Outward Bound scholarships since the Center’s founding. In 2011, an anonymous donor created an endowment to honor longtime N.C. Outward Bound School board member and former dean of the UNC School of Education, Tom James. CCPS recently launched a new service-learning course designed to help the summer Outward Bound participants process their experience as a cohort back on campus. 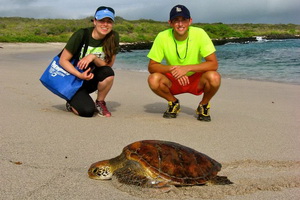 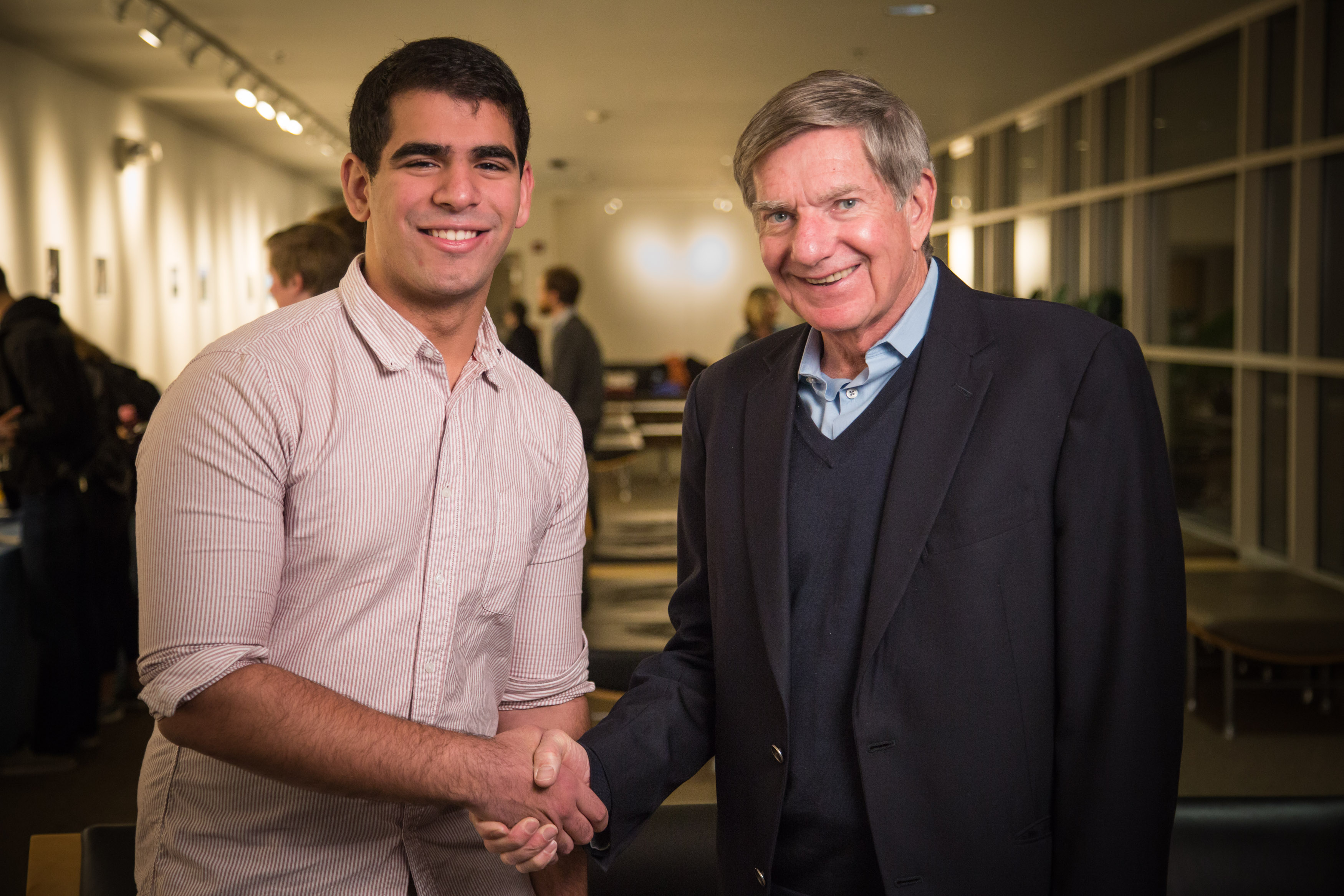 
The University established CCPS on Sept. 24, 1999, just a few days after Hurricane Floyd hit North Carolina. CCPS helped coordinate the University’s response to the needs of North Carolina after the storm and has served as the University’s hub for information and resources in response efforts for 10+ disasters over the years. After Hurricane Matthew in 2016 and Hurricane Florence in 2018, CCPS led an expansion of the University’s relief efforts in part by supporting and funding short-term disaster relief trips and longer-term disaster recovery project grants. Quick Stats: 25 disaster relief trips hosted or sponsored by CCPS since December 2016; 8 project and relief trip grants since January 2019; 275 Carolina volunteers who served 10 affected communities after Hurricane Florence; 90,000 pounds of food and supplies donated through two “Fill the Truck” drives. 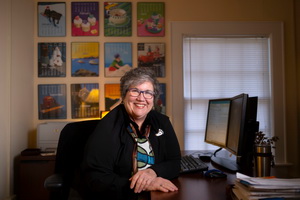 
In April 2019, Lynn White Blanchard, who has directed CCPS since 2002, received the prestigious C. Knox Massey Distinguished Service Award for “unusual, meritorious or superior contributions” to the University.

Throughout her career, Blanchard has championed the role of higher education in addressing society’s pressing issues and improving community through engaged teaching, research and service. She has elevated Carolina into one of the nation’s top universities for engaged scholarship and public service.

Blanchard, who holds a master of public health and a Ph.D. in public health from UNC-Chapel Hill, is a clinical associate professor in the Gillings School of Global Public Health and an instructor for the service-learning course Philanthropy as a Tool for Social Change. She helped establish the CCPS signature program Thorp Faculty Engaged Scholars, a learning community that supports engaged scholarship among Carolina faculty. Blanchard is also a founding member of the Academy of Community Engagement Scholarship.

CCPS is proud to have such an inspiring woman leading us into our next decade.