Home / CCPS Spotlights / “Out of your comfort zone”: Group backpacking during a pandemic

As the rest of us bounced between Zoom classes, Netflix and other screen-mediated activities while sitting inside our cozy homes during last winter’s COVID-19 surge, some Carolina students directed their browsers to ccps.unc.edu and submitted an application for an opportunity that likely felt then as far from normal as could be – a month in the wilderness with nine other people they didn’t know and no phones or computers. After a year of isolation and a shift to a heavily virtual social life, many longed to be around others while safely experiencing new adventures. Thanks to the Thomas James Outward Bound Scholarship Endowment, 10 UNC students had the chance to reconnect in person through a 28-day North Carolina Outward Bound School (NCOBS) course focused on backpacking, rock climbing and whitewater canoeing.

For sophomore Angela Seo, the opportunity was one she could not pass up. The trip was not only her first time gathering with others since the onset of the pandemic, it was also her first time ever being fully immersed in a group of new people for entire days at a time. With the entire group vaccinated against COVID-19 and armed with negative test results on the first day of the trip, the group was able to be together – unmasked – and Angela felt safe during the experience. She stated that it was “a little hard at first being around such a big group of people.” Once the expected new-group awkwardness faded away, though, she found it really nice to connect again, human-to-human, in a natural setting.

Like Angela, third-year student Mariah McCann appreciated the genuine relationships formed in the group. Before this trip, Mariah had little to no outdoor experience and they were never exposed to the wilderness in this way. They described the experience as “constant discomfort and [being] out of your comfort zone, but it allowed a lot of space for growth internally and externally.”

Mariah shared that there was a strong support system in place throughout the trip. The cohort spent time discussing their experiences, the feelings that resulted from them and the ways in which they could best support each other. In particular, Mariah learned a great deal about open communication during the whitewater canoeing portion of the trip. When first learning the basics of paddling, Mariah and their partner realized that it was not coming easily; the two of them kept getting into tricky situations and ultimately falling out of the boat. They eventually learned how important it was to verbalize what they were thinking and make decisions about approaching obstacles together as a unit, in order to succeed. This trip was also a significant learning experience for sophomore Nate Worley, who recalls that “having so many different opinions was an interesting dynamic to work through. The group had to use a lot of compromise and teamwork.” He felt that he began the course with a set of rugged, individualistic and competitive values. The cohort’s experiences together, though, helped shift his perspective to a more compassionate one, especially when in a group setting. Reflecting on the group’s process of deciding not to complete a particular expedition toward the end of the course, Nate reflected that “everyone has different needs, and those needs need to be met.”

Being in the “bubble” that the group created was beneficial for Nate after an entire year of being online – it helped him put things in perspective. Since the trip, he has been able to redirect the time he once spent on social media to more productive things. He says that he is thankful for all the changes he went through on the trip, as they allowed him to assess and move toward being the type of person he really wants to be.

Applications for the 2022 North Carolina Outward Bound Course Scholarships through the Carolina Center for Public Service will open in December 2021 and close early February 2022. Contact Ryan Nilsen at RBNilsen@unc.edu with questions about the program. 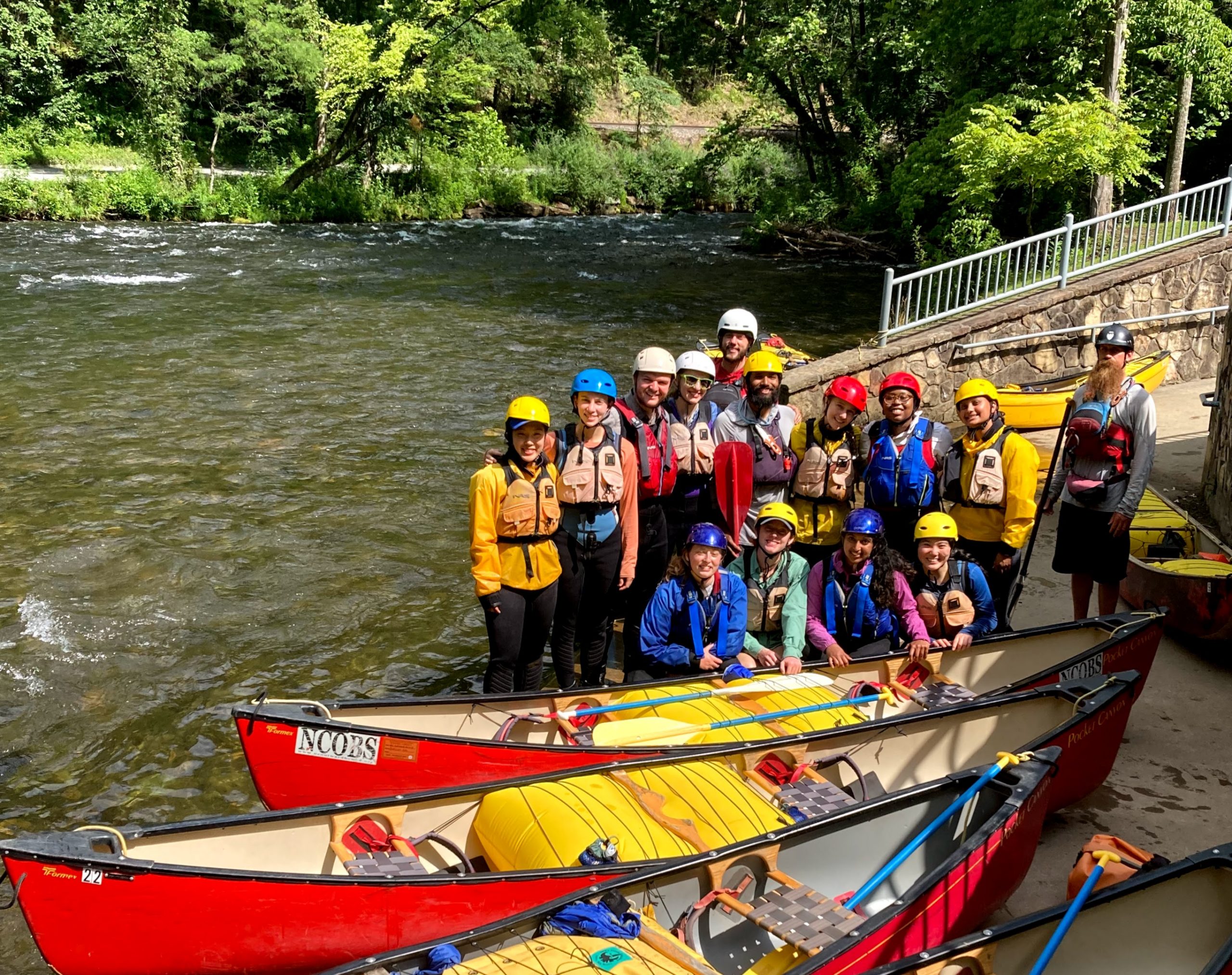