Picture yourself hiking through the dark, over slippery, muddy ground — not even sure if you’re going the right way. It’s midnight, and you’ve been hiking since 7 a.m.

For the 11-member UNC-Chapel Hill North Carolina Outward Bound School (NCOBS) crew hiking in the Appalachian Mountains this past July, that intense night hike wasn’t a nightmare; it was reality. The crew now calls it “The Epic Hike Day.” But, amazingly, they remember it with laughter, almost fondness. That’s what Outward Bound will do for you: It enables you to see challenges as growth opportunities. “Everything that could possibly go wrong, went wrong that day,” said NCOBS participant Chika Adiele, a sophomore at UNC-Chapel Hill.

The crew had a destination campsite in mind for that evening. But after a late morning start, an extremely steep morning climb, an afternoon thunderstorm on top of a ridge and an early-evening mix-up on directions. . . at 10 p.m. the crew finally found a landmark that told them they were back on track, “and we weren’t even close to the campsite,” Adiele said.

“We all struggled. I was saying motivational quotes and songs in my head just trying to push through. Everyone was wet and irritable. We realized late in the day that we’d been going the wrong way for two hours. At this point even our instructors didn’t know where we were.”

The crew arrived at their campsite close to 2 a.m. “For me personally, the biggest takeaway was that I’m a lot stronger than I give myself credit for,” Adiele reflected later.

She also learned when to ask for help.

“I’m a very independent person, and I hate being a burden to others,” she said. “But by not communicating my needs, I would stop the crew from being productive.”

Adiele has chronic medical conditions including asthma and knee pain. The 28-day trip taught her that asking for help when she needed it was sometimes the best way for the crew to move forward — for example, by allowing crewmates to carry some of her gear when she was struggling.

“It was a very humbling experience for me, and I’m glad they showed me that,” she reflected. 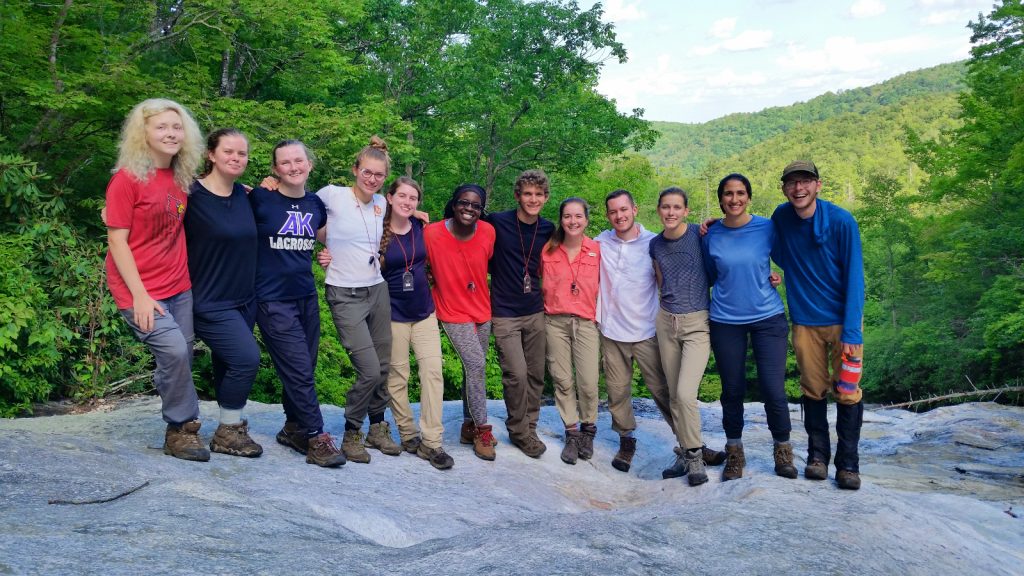 Adiele, who had never been camping before the expedition, signed up for NCOBS after seeing it advertised on listservs. For participant Hannaneh Mirmozaffari, the trip was years in the making. As a sophomore in high school, Mirmozaffari was searching online for scholarships for one of those two programs, when she saw the Buckley Public Service Scholars (BPSS) Outward Bound scholarship. She bookmarked it in her browser. Two years later, she got accepted into UNC-Chapel Hill. As soon as she got to campus, she signed up for BPSS so that she could apply for the NCOBS scholarship.

“This was literally a dream come true for me,” said Mirmozaffari, who is now a sophomore at Carolina.

The expedition included not only hiking and rock climbing but also white water canoeing, Wilderness First Aid, service projects (including trail maintenance work) and a 10-mile mountain run. The participants also spent two and a half days on a segment called “solo,” where each participant is isolated in the backcountry and spends time resting and reflecting on their own. 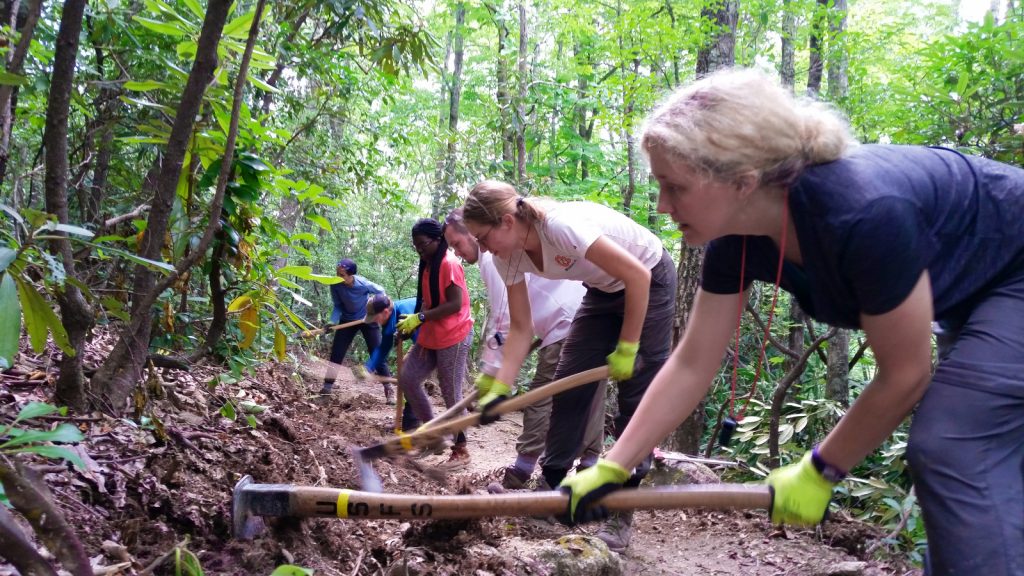 Mirmozaffari’s favorite part was rock climbing, which she had never done before. She’s now in a rock climbing club at Carolina.

“Every time we’d do something, it surprised me how much I liked it,” she said. “Our instructors made the whole experience worthwhile: letting us grow and make mistakes while pushing us to be good at what we were doing.”

Mirmozaffari said a lot of the trip was what she calls “type-two fun,” a term she learned on the trip.

“It’s not necessarily fun or enjoyable in the moment. But afterwards it’s so gratifying, you look back and say, ‘That was so much fun.’ But while you’re doing it you might be in pain, you’re so tired, it’s 3 a.m. and you’re having to put up a bear hang — but the next morning you think, ‘I would do that again.’” Both Mirmozaffari and Adiele said the group dynamic was a defining element of the expedition. After the trip, NCOBS gave the crew t-shirts with a quote from Kurt Hahn, the founder of Outward Bound. The quote reads: “There is more in us than we know. If we could be made to see it, perhaps for the rest of our lives we will be unwilling to settle for less.”

Mirmozaffari said the trip inspired her to push herself more in her daily life.

“Because we were together, I was motivated to keep going and get to where we wanted to go and be successful in our goal. That’s a big thing we only could have learned because we were in the group and because we helped each other.” 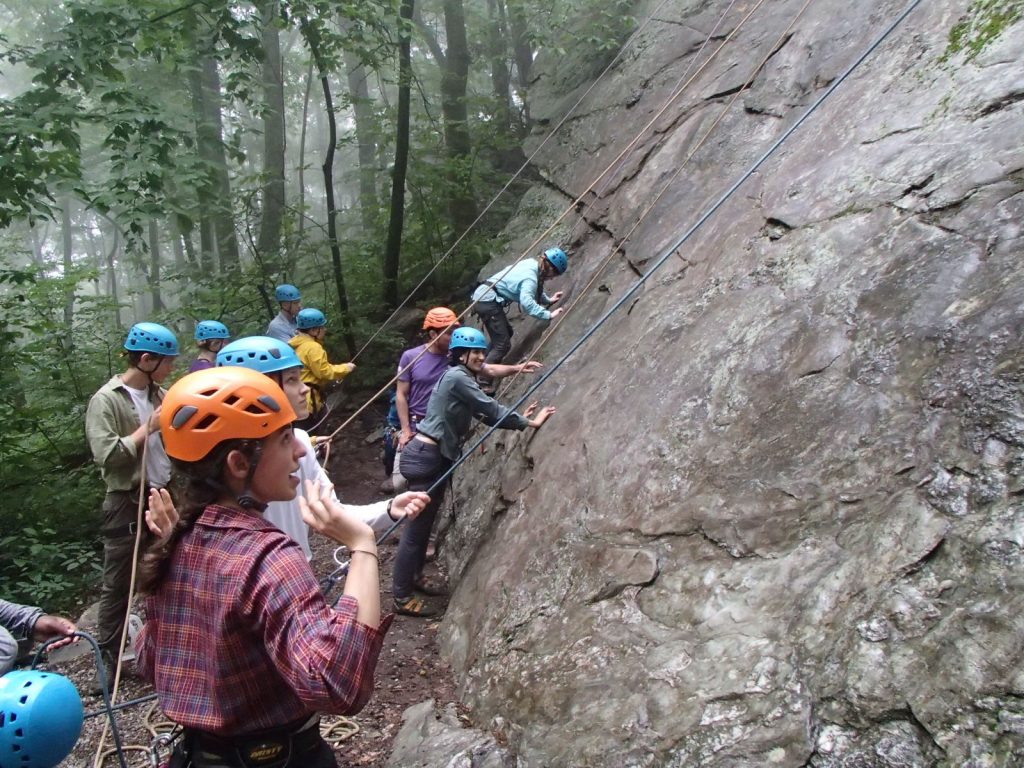 The BPSS program has sponsored 28-day NCOBS course scholarships for up to 12 UNC-Chapel Hill undergraduates each year since 2002. But this year is special: For the first time, the expedition crew gets to take a one-credit-hour course together on campus through Thrive@Education. CCPS designed the course to help students articulate and translate their learning from NCOBS into other areas of their lives. Adiele said she’s grateful for the space to “continue to reflect on this amazing experience.

“Post-trip I’m still learning about the trip and about my experience on the trip,” she said. “Seeing friends is icing on the cake.”

Speaking of cake — that’s a luxury any backpacker will appreciate even more upon returning to society. After their NCOBS trip, the first thing Adiele and Mirmozaffari did was seek out “food that was not beans and rice.”

“I ate so much food,” Mirmozaffari said.

“Me and two other crew members immediately went to Cook Out,” Adiele said. “We were craving that milkshake.” Both women said they would recommend the trip to anyone.

“People who don’t spend time alone. People who say, ‘I would never do that in my life.’ Everybody comes into it with their own experiences, and so everyone gets something different out of it,” Mirmozaffari said.

Adiele said the trip could be summed up well with a quote from crew member Cara Kuuskvere: “There is absolutely nothing you can do to prepare for Outward Bound. But Outward Bound prepares you for the rest of your life.” 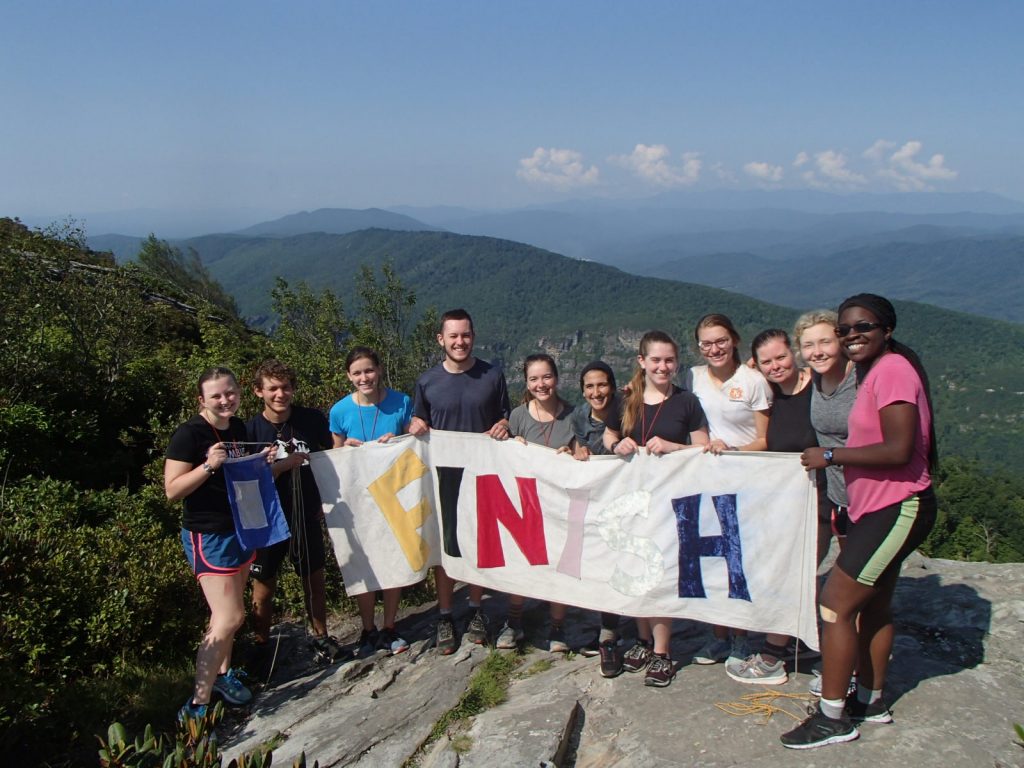